The Houston Zoo had quite the baby boom in 2020, making the new year the perfect opportunity to take in some absolutely stunning animals.

There were 13 animals born in 2020, including a howler monkey, okapi and an Asian elephant, in addition to two Santa Catalina rattlesnakes and 40 Bornean Eared Frogs.

The zoo, located at 6200 Hermann Park Drive, remains open during the COVID-19 pandemic, but you’ll need to reserve tickets online as only so many people are allowed inside at once.

Here’s some additional information on the babies — some of which are now over a year old — you can expect to see at the zoo:

In January, a gorgeous blue-throated macaw hatchling was born. The birth was part of the Association of Zoos and Aquariums Specie Survival Plan. The Houston Zoo has actually reproduced these birds, strengthening the population over the past several years.

This baby giant anteater was born in March. Named Traci, she spent the first few weeks of life hanging on to her mother — something she will do on and off for a few more months still.

Born in April, near Easter, Peter Rabbit is a Schmidt’s red-tailed monkey. He was hand-raised by keepers after struggling to hold on to mom. In August, the monkey reunited with his mother.

In May, the 29-year-old Asian elephant Shanti gave birth to a 326-pound male calf named Nelson. It wasn’t an easy birth. The baby elephant was hemorrhaging severely from his umbilicus after birth. It was determined he tore a vessel in his umbilical cord. Thankfully, the team acted quickly and performed emergency surgery, successfully repairing the torn vessel and closing the hole in the calf’s abdomen.

Three Madagascar lesser hedgehog tenrecs were born in June. These little guys are small, weighing only 10 grams! These tenrecs are considered ambassador animals, helping educate guests about the importance of saving their counterparts and other animals around the world.

Mom Okapi, Sukari, delivered the baby calf Kivuli in July. The baby calf was standing on all fours in about an hour. The public chose the name, Kivuli, which means “Shadow” in Swahili.

In the fall, two Santa Catalina Island rattlesnakes and 40 Bornean eared frogs were born. The snake birth was an important one as their population is endangered. It’s the first time the Houston Zoo has reproduced the animal.

It was over the span of three and a half weeks that three female bongos sired by Bobby the bongo gave birth in August. The three newbies can been seen hanging out with mom in the bongo yard at the Houston Zoo.

In November, the zoo welcomed an adorable howler monkey named Marlie. Everyone — mom, dad and baby — are healthy and enjoying their bonding time.

Tickets are available for reservation now through the end of January. A list of ticket prices and packages can be found here. 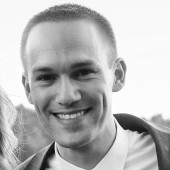 Andrew is a reporter who covers local events, deals, and stories of interest to HoustonOnTheCheap readers. Contact this contributor at [email protected]