See Action-Packed Professional Bull Riding this Weekend for Only $20 Looking for some family-friendly, edge-of-your-seat fun this weekend? Jump in the car and head down to the Fertitta Center at the University of Houston campus for the Professional Bull Riders’ (PBR) Winstar World Casino and Resort Houston Invitational. With events on Saturday, August 17 and Sunday, August 18, you have two exciting chances to get in on the action.

This is not your father’s rodeo. In fact, it’s not a rodeo at all! It’s two action-packed hours of must-see bull riding, pyrotechnics, and music, with some of the world’s best riders best riders leaving everything they’ve got out in the arena. Every moment is filled with excitement and is sure to keep you on the edge of your seat.

This particular event is part of the PBR’s Unleash the Beast Tour, which showcases the top 35 riders on the planet, including Houston’s own Ezekiel Mitchell.

And with tickets starting at only $20, it’s a solid, cheap option for some fun for the whole family! It’s one of the best things to do in Houston this weekend!

The first round kicks off this Saturday, August 17 at 6:45 p.m. Advancing riders will saddle up to hopefully take home the $30,000 grand prize during the Championship round on Sunday starting at 1:45 p.m. It’s the first time this elite tour has visited Houston, so it’s a great opportunity to check out the excitement in your backyard. It’s also a great time to see the new Fertitta Center if you haven’t already been.

In addition to individual tickets, they’re also offering four-pack tickets for Sunday’s championship. Buy three tickets and get the fourth for free!

For those looking for a more premium offering, there’s also “elite” seating packages. These include a pre-show tour, meet and greet with the riders, and exclusive photo opportunities.

Fertitta Center at University of Houston is located at 3422 Cullen Blvd, Houston, TX 77204. 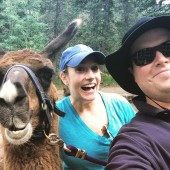