Attention Taco Bell fans — some changes are coming that you might not be expecting. This beloved fast-food chain has been renovating its menu (last month, it dropped nearly a dozen items from its menu), and causing quite a stir in the process. In this latest round of menu changes, they’re cutting long-time favorites — some that have hailed consistent popularity. Next on the chopping block is their popular Mexican Pizza, which will be dropped from the menu starting in November.

Facing the disapproval of their patrons, it may not be immediately clear as to why they’re eliminating these menu items. Why would Taco Bell retire the creations they’ve found success with over the years, thus risking financial stability in the time of a pandemic?

The answer makes all the sense in the world — this revamp is an effort to take back their impact on the environment. Fans may be confused as to why some of the most favored items are being pulled; however, these choices have nothing to do with how well they’re received. Taco Bell is cutting the options that create the most waste, and their highly celebrated Mexican Pizza is at the top of that list.

Taco Bell’s Mexican Pizza option generates an astounding seven million pounds of paperboard material each year. By eliminating this item alone, the fast-food chain is preventing a serious amount of waste and owning up to its impact thus far. Mexican Pizza joins several other items that are now a thing of Taco Bell’s past, including Nachos Supreme, Spicy Tostadas, Loaded Grillers, and more. Moving into the new menu, Taco Bell is anticipating to cut a total of twelve items.

Taco Bell has assured fans this will be the last time it removes items from its menu this year and said the changes will “make room for new innovations.”

When considering waste versus reward, it’s safe to say that Taco Bell is trying to do the right thing for our planet. Historically, fast food chains have gained a bad reputation for their lack of environmental mindfulness. Through this edit, Taco Bell is establishing integrity and setting a precedent for other chains to follow suit. Likely, their earnest efforts towards environmental responsibility will be enough to hang onto their massive popularity and devoted fanbase. 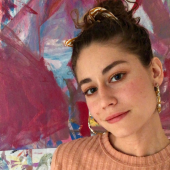