Cougars Homecoming, Asia To The World at Miller Outdoor Theatre among 17 Things to do this Weekend of October 22 in Houston Things To Do This Weekend In Houston

Top Pick: Check out how a YMCA membership can benefit You & Your Community It’s time to get back to YOU! Back to making time for yourself and being the best and healthiest you possible.

The Y has something for everyone including affordable pricing, no joining fees and a 30 day money back guarantee! Check out the premium in-person and virtual class options for all ages (popular classes: Zumba, cycling, Les Mills BodyPump™). Also check out Programs for Kids – the Y offers youth a path with a purpose from early childhood to their teen years and beyond.

Your membership gives you the power to help those in our community who need the Y most. You become part of a cause dedicated to bringing meaningful change in the community. On Saturday, October 30th, the island will be hosting a haunted Harbor Halloween Party aboard the Tall Ship, ELISSA. To celebrate the 144th birthday of the ELISSA, Galveston along with Saint Arnold Brewing Company are taking this spooky holiday to the high seas. If you’re feeling extra-festive, prizes will be given to those who dress in costume! Extra bonus points for any costume that is associated with the ELISSA’s history. So, think Victorian sailor, historical fisherman, or mariner, the possibilities are endless.

When: Saturday, October 30th from 6 pm to 9 pm
Where: Galveston Historic Seaport – Home of the 1877 Tall Ship ELISSA, Pier 22, Suite 8, Galveston, TX 77550
How Much: $75 – Ticket purchase to this outdoor Halloween event will get you cake, food, complimentary beer, music, and more.

THINGS TO DO THIS WEEKEND IN HOUSTON – FRIDAY 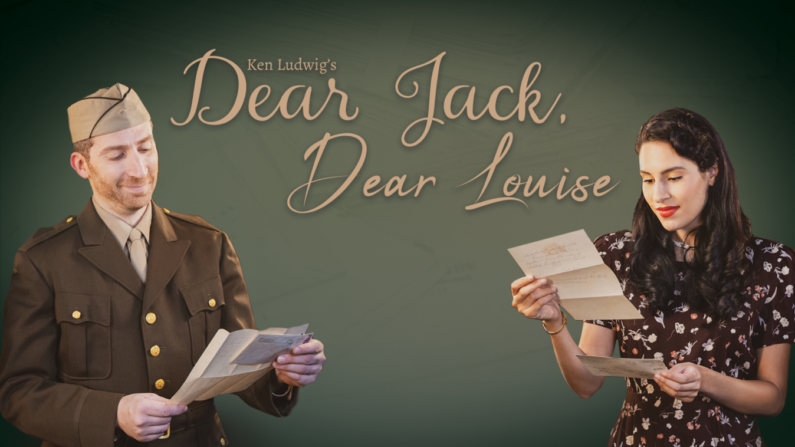 U.S. Army Captain Jack Ludwig, a military doctor stationed in Oregon begins writing to Louise Rabiner, an aspiring actress and dancer in New York City, hoping to meet her someday if the war allows. But as the war continues, it threatens to end their relationship before it even starts. Tony award-winning playwright Ken Ludwig tells the joyous, heartwarming story of his parents’ courtship during World War II and the results are anything but expected. This among our top picks for things to do this weekend in Houston!
When: Wednesday, October 6th – October 31st
Where: A.D. Players at The George Theater, 5420 Westheimer Road
How Much: Ticket prices vary. Book yours best seats by clicking here!

If you’re looking for kid-friendly things to do this week, swing by the Children’s Museum Houston. The museum is getting into the holiday spirit with Grosstopia, an event that will include creepy experiments, monstrous face-painting, costumes, and daily hunts for candy and goo.
When: Tuesday, October 12-Saturday, October 30th, from 10 a.m. to 6 p.m.
Where: Children’s Museum Houston, 1500 Binz St, Houston, TX 77004
How Much: $12 (general admission)

Kids will love the opportunity to create their own bat wings, design a bottle then mix up a potion, create their own mad scientist wigs, and learn about thermoplastic polymers in a fun, interactive way.
When: Tuesday, October 19th-Saturday, October 23rd, from 10 a.m. to 6 p.m.
Where: Children’s Museum Houston, 1500 Binz St, Houston, TX 77004
How Much: $12 (general admission)

Head to Sugar Land Town Square for free live music courtesy of the Legendary Rhythm Bandits, a group whose style borrows from classic rock, country, jazz, soul, and R&B, among others.
When: Friday, October 22nd, from 7:30 p.m. to 9:30 p.m.
Where: Sugar Land Town Square, 15958 City Walk, Sugar Land, TX 77479
How Much: Free

Boo on the Boardwalk at Kemah Boardwalk

For the 20th year in a row, Kemah Boardwalk is holding its Boo on the Boardwalk event. Every weekend in October, visitors to the amusement park will have the opportunity to do crafts, participate in costume contests, and go trick-or-treating. The park also has two haunted houses open for business for the month of October, one of which is designed for young children.
When: Fridays-Sundays in October; times vary
Where: 215 Kipp Ave, Kemah, TX 77565
How Much: Free

Oktoberfest Houston at the Waterworks in Buffalo Bayou

Oktoberfest Houston is back again this year. The event will span two days, Friday and Saturday, and will include plenty of beer (both German and domestic), food (German, of course, but you’ll have some other options, too), and folk music to keep you in the Oktoberfest mood. While you’re there, you can browse booths manned by local vendors and take part in the Olympiad Games, which include the stein race, barrel roll, stein hoisting, and the brat toss. There’s even a fun zone with plenty of kid-friendly games like Cornhole, Giant Jenga, and Giant Connect 4.
When: Friday, October 22nd, from 5 p.m. to 10 p.m. and Saturday, October 23rd, from noon to 10 p.m.
Where: 105 Sabine St, Houston, TX 77007
How Much: $25 (general admission) in advance, $35 at the door

THINGS TO DO THIS WEEKEND IN HOUSTON – SATURDAY This Saturday, Oct. 23 the University of Houston Football takes on conference-rival East Carolina at 3 p.m at the TDECU stadium. The contest will serve as Homecoming for the Cougars and feature several special recognitions including a look back at Houston’s historic 2011 season.

Houston is in the midst of celebrating 75 years of intercollegiate athletics. Fans can get in on all the excitement with tickets starting as low as $20 and can also purchase The Veer Package mini-plan to choose a pair of remaining games for as low as $40.

Fans can enjoy several new and exciting gameday elements in and around TDECU Stadium. These pregame and in-game features will deliver a more enhanced, enjoyable, and convenient game day experience for all fans and guests during the fall.
This one makes our list of the top things to do in Houston this weekend! The Houston Arboretum is inviting families to its biggest event of the year–the ArBOOretum. Kids of all ages will get to decorate pumpkins, participate in costume contests, and enjoy a petting zoo and pony rides. There will also be a train, a Halloween market, and a rock wall for guests to explore. The nature trail has even been transformed into a trick-or-treat trail for evening. Food trucks will be onsite for guests to purchase food and drinks. Makes our list of top things to do this week in Houston!
When: Saturday, October 23rd, from 10 a.m. to 4 p.m.
Where: 4501 Woodway Dr, Houston, TX 77024
How Much: $15 in advance, $20 at the door (free for kids 3 and under) KBR Kids Day, an annual event hosted by the Buffalo Bayou Partnership, is back again for its 14th year. Guests will enjoy Día de los Muertos face painters, balloon artists, stage performances, local entertainment, a birds of prey show, a costume contest, and more. Food and drinks will be available for purchase onsite, and entry is totally free. This is definitely one of the best things to do this week for anybody with kids. Makes our list of the best things to do this weekend in Houston!
When: Saturday, October 23rd, from 11 a.m. to 3 p.m.
Where: 808 N. York Street, Houston,Texas77003
How Much: Free

Leading up to the screening of Willy Wonka and the Chocolate Factory in the same plaza, there will be lawn games, a barbershop quartet, and a candy-themed surprise for visitors to Sugar Land Town Square.
When: Saturday, October 23rd, from 5 p.m. to 7:30 p.m.
Where: Sugar Land Town Square, 15958 City Walk, Sugar Land, TX 77479
How Much: Free This Saturday, Monster Jam is coming to NRG Stadium. If you love monster trucks, you’ll love this event full of stunts, tricks, and all-out competition for the championship. Among our top picks for things to do this weekend in Houston.
When: Saturday, October 23rd at 7 p.m.
Where: NRG Park, 1, Houston, TX 77054
How Much: $20 (general admission)

Movie Under the Moon in Sugar Land Town Square: Willy Wonka and the Chocolate Factory

Enjoy a family-friendly movie under the stars at Sugar Land Town Square. Feel free to bring picnic blankets and folding chairs. This month’s movie is Willy Wonka and the Chocolate Factory (1971), the original adaptation of the beloved children’s book, Charlie and the Chocolate Factory, about an eccentric confectioner inviting a group of children to tour his factory.
When: Saturday, October 23rd, from 7:15 p.m. to 9:30 p.m.
Where: Sugar Land Town Square, 15958 City Walk, Sugar Land, TX 77479
How Much: Free

Asia to the World at Miller Outdoor Theatre Dance of Asian America is a dance troupe that preserves traditional Chinese dance and exposes their audiences to different cultures. This week, they’re performing a show titled “Asia to the World” at Miller with graceful movements, incredible costumes, and beautiful music. To watch the show at Miller Outdoor Theatre, you can get up to four tickets for the covered seating area online, but they go fast. If you’re okay with sitting on the hill picnic-style, you don’t have to worry about tickets. You can also watch the event online via live stream here.
When: Saturday, October 23rd, from 7:30 p.m. to 9 p.m.
Where: 6000 Hermann Park Dr, Houston, TX 77030
How Much: Free

THINGS TO DO THIS WEEKEND IN HOUSTON – SUNDAY This weekend, Levy Park is inviting dog lovers to bring their pets in their Sunday best…in a manner of speaking. Humans and dogs alike are encouraged to wear their best, scariest, or most creative costumes for the Fourth Annual Howl-o-Ween Dog Parade and Costume Contest. Participants will strut their stuff for a chance to win prizes while a DJ plays Halloween-themed music. There will be food trucks onsite.
When: Sunday, October 24th, from 3 p.m. to 5 p.m.
Where: Levy Park Houston, 3801 Eastside St, Houston, TX 77098
How Much: Free Sundays this fall, the Kinder Foundation is working with local park conservancies to bring you family-friendly jazz concerts. The goal is to celebrate the history and evolution of jazz while also making your Sundays just a little more fun and relaxing. Throughout October, the concerts will be at Discovery Green. This week’s performers are Sea Breeze, a three-person jazz band, and Corey Henry and the Treme Funktet, led by New Orleans-native trombonist Corey Henry.
When: Sunday, October 24th, from 4 p.m. to 6 p.m.
Where: Discovery Green, 1500 McKinney Street, Houston, TX 77010
How Much: Free

Concert in the Park in the Woodlands Township: Sounds Warehouse

Visit Northshore Park in the Woodlands for an evening of live music out in the open air. You can bring picnic blankets, food, and the whole family. The musical entertainment for the evening will be provided by Sounds Warehouse, group that plays a variety of musical styles.
When: Sunday, October 24th, from 5:30 p.m. to 7:30 p.m.
Where: 2505 Lake Woodlands Dr, The Woodlands, TX77381
How Much: Free

What are some other things to do this weekend in Houston? Leave a comment and let us know.

Looking for kids’ activities this weekend? Check out the best things to do this weekend with kids in Houston.